Bucharest (București, pronunciation [Buku’reʃti]) is the largest capital in Romania and is the main cultural, industrial and university center, built along Dâmbovița river , about 60km north of the Danube river.  Firstly mentioned historically in 1459, Bucharest becomes the capital of the Kingdom of Romania in 1862. One may experience a mix of historical  eras, from neoclassical and Art Nouveau to the socialist and modern style.  Bucharest benefits from the largest cultural  and architectural development between the two World Wars, when it is called the Little Paris of the East.  Buildings such as the Atheneum, the Royal Palace ( now home to the National Art Museum), The (old) National Library,  the Athene Palace Hotel,  Telephones Company Building (Palatul Telefoanelor – the first “skyscraper”),  the Building of the National Bank, etc.  stand out. In 50 years of Socialist ruling, buildings such as the House of the People (House of the Parliament),  the second largest building in the world after the Pentagon, were built, becoming one of the main tourist attractions, today. The construction of such a megalomaniac building, meant the enforced replacement or displacement of old buildings and cultural monuments, e.g., the church of Monastery Mihai Vodă, moved on rails 285 metres east and hidden in its present location, behind residential buildings.   Other sightseeing attractions  include the National Museum of the Village “Dimitrie Gusti” (Muzeul Național al Satului “Dimitrie Gusti”) an open-air ethnographic museum located in the King Michael I Park (Bucharest, Romania), showcasing traditional Romanian village life. The museum contains the most impressive collection of traditional houses collected from all rural regions of Romania. Last but not least, one should relax in beautiful park of Bucharest, away from the bustling life of the city: Cișmigiu Gardens, King Carol I Park, Young People’s Park (Parcul Tineretului), King Michael I (Herăstrău) Park.

A visiting stay in Bucharest is an invigorating  experience. In a city that never sleeps, the bustling day life and nightlife is famous for the affordable eating, drinking and partying. 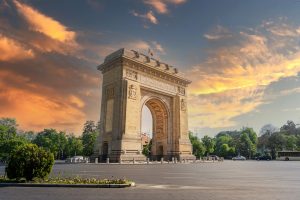 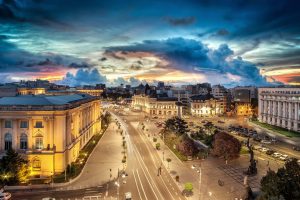 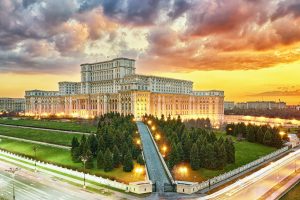 Please note that currently Romania has no restrictions due to COVID-19. Masks are not compulsory anywhere and testing is no longer advised.

COVID-19 self-tests are available in pharmacies. There are two pharmacies close to campus of the University Politehnica of Bucharest, located within  Orhideea Shopping Centre, Splaiul Independenţei 210-210B, 060025 Bucharest.

The official Tourist information website can be found here.

Two Automated Teller Machines (ATMs)  are within the university’s campus in Rectorate, AN and BN buildings.

The ordinary rates of taxi in Naples can be found at this link.

Shop opening times vary depending on their type and location, though shops normally open at 10:00; some of them may be closed from 14:00 to 16:00.

Because of the 10% service charge levied in hotels and restaurants, a tip is not mandatory, but it is always welcome. Taxi-drivers, porters, hairdressers etc., always appreciate a small tip.

It is recommended that participants arrange insurance for medical expenses, loss and accidents occurring during the conference.

Electricity in Italy conforms to the European standard of 220V to 230V, with a frequency of 50Hz. Wall outlets typically accommodate plugs with two or three round pins. (see below)

Many hotels in Naples have adapter plugs that can be loaned to guests; you  could also purchase adapters at the airport or main railway stations.